With over 40 volunteers, that included Cal students from the BUILD program, Jefferson Elementary School pulled off another successful pancake breakfast and community meeting. Jefferson Principal Maggie Riddle gathered families at school on a Saturday as a way to include families in the development of school-wide priorities for meeting their goals for students. The main purpose for the meeting was to get families from diverse backgrounds talking and listening to each other in order to build community connectedness and support for the school, within the context of building cultural competency. 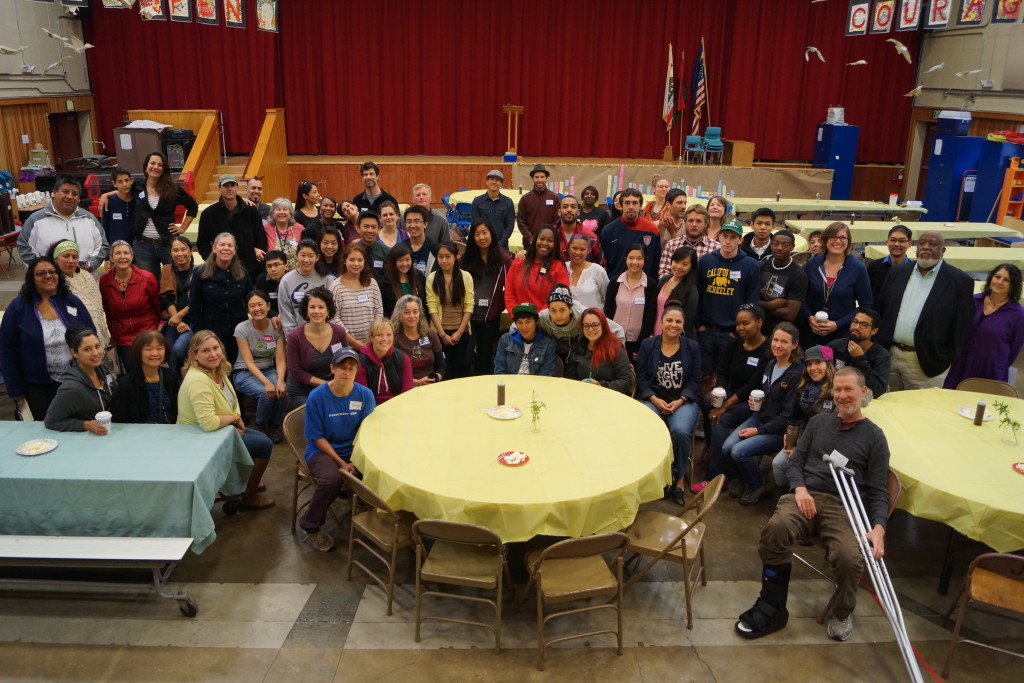 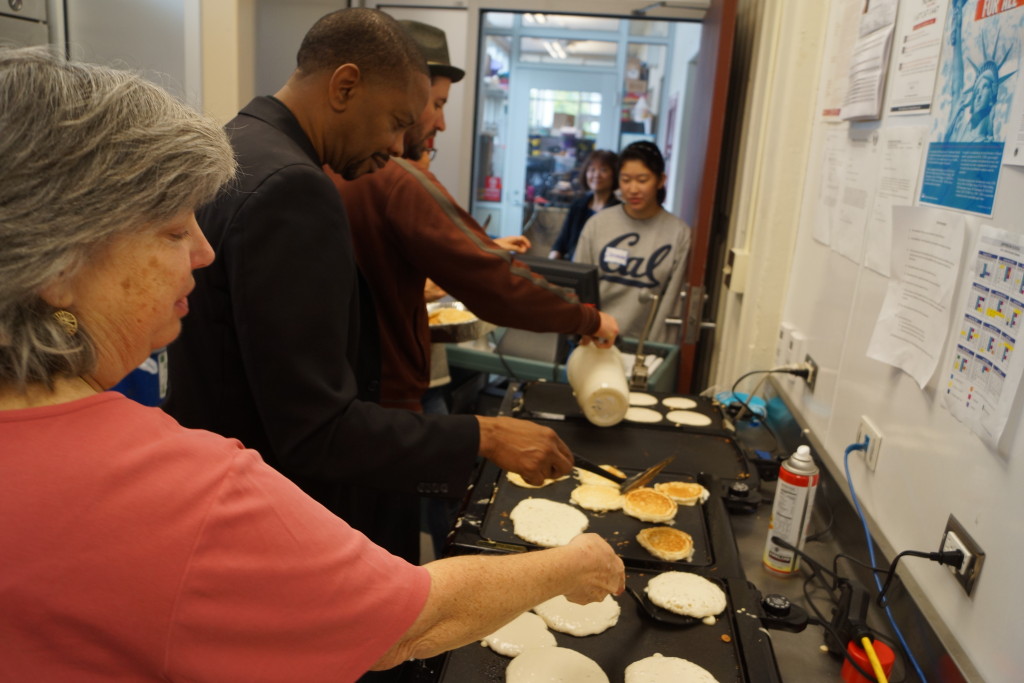 Superintendent Evans Worked with Volunteers in the Kitchen

Following a delicious breakfast sponsored by the Jefferson PTA, with Superintendent Donald Evans cooking pancakes in the kitchen, about 150 parents and guardians participated in small groups facilitated by an impressive array of facilitators. The participants met in small facilitated groups to talk about three important areas of school life: Academics, School Environment and Safety, and School-to-Home Partnership.

The groups later broke out into smaller circles to discuss the most important topics and issues that came up. Next the participants did a ‘Gallery Walk’, using the notes from all 15 small groups, and gave their input by posting colored dots on the areas that they felt were most important. Meanwhile, the childcare volunteers kept all of the kids engaged on the playground throughout the day.

The meeting was a great success, and the community benefitted from the dedicated time they shared getting to know each other and planning for Jefferson’s future.

Special thanks to the Jefferson School Governance Council for sponsoring the event, and all of the volunteers who gave their time, including Jefferson teachers, staff, and two of our Berkeley City Council-members, Darryl Moore and Laurie Capitelli, who participated as group facilitators.