At the School Board Meeting on May 14, Berkeley School Board President Josh Daniels announced that two BUSD principals will be moving into the District Office to fill two exciting new Directors positions in the Educational Services Division. Longfellow Principal Pat Saddler will be the Director of Special Projects and Programs, and Jefferson Principal Maggie Riddle will be the Director of Schools. Both will report to BUSD’s new Assistant Superintendent, Pasquale Scuderi, who is moving over to the District from Berkeley High where he’s been principal for the past four years. 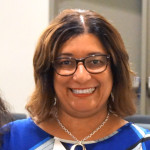 Pat Saddler came to Berkeley in 1999 as LeConte Elementary School Principal until she was asked to take the helm at Rosa Parks Elementary School in 2005. At Rosa Parks she established an API score for a school that had not historically participated in California Standards Testing (CST), and gained 36 points over a three year period. In 2008 Saddler moved up to secondary, when she became principal at Longfellow Middle School, her current assignment. 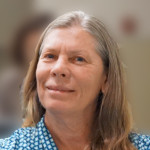 Maggie Riddle began her teaching career in 1993, and joined the Jefferson Elementary School staff in 1996. She remained in the classroom until 2007, when she was named principal, a role she has excelled in over the past seven years.

“I believe that we have some real movers and shakers in the organization already, so I’m glad for the opportunity to promote from within. I’m looking forward to seeing the work of these two in their new roles in the years ahead. We have a lot of work before us, and these steps are only making our team stronger,” said Dr. Donald Evans, Superintendent.

In her new role as Director of Special Projects and Programs, Pat will be directing, coordinating and monitoring the implementation of federal, state and District requirements related to educational planning and accountability. This will include directing processes to ensure quality, compliance and accountability of all programs outlined in the Single Plans for Student Achievement and Local Control and Accountability Plan.

Maggie Riddle will be our new Director of Schools, and she will be supporting preschool through eighth grade principals with strategic instructional leadership, sound operational management, and authentic family and community engagement for the purpose of meeting annual targets for school climate, student achievement, and closing the achievement gap.

Both Principals Saddler and Riddle are committed to a smooth transition at their respective schools as the search for their replacement begins. Meetings will be held at each school to engage teachers, staff, and parents around the qualities they desire in their next principal.