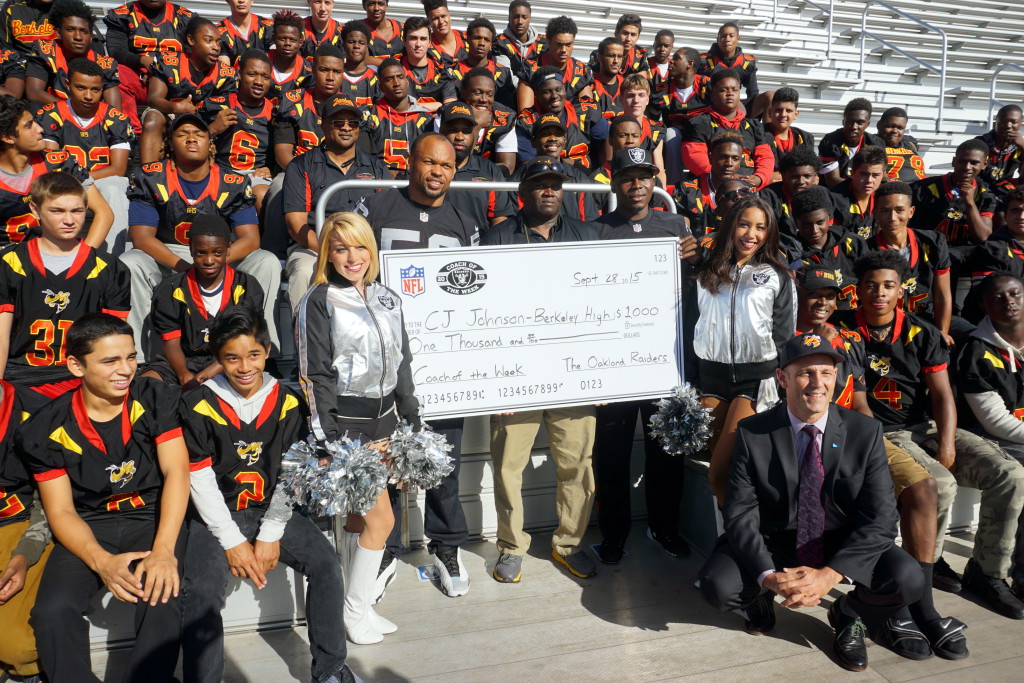 Coach Johnson received news on Tuesday, September 22 that he had been chosen to receive the honor, and on the following Monday afternoon, two of the Raiders and two cheerleaders came to Berkeley High to honor Coach Johnson and hand him a giant check.