This video from EdSource shows how California fell from among the top states for funding public education in the 1970’s, to one of the lowest, following the passage of Proposition 13 in 1978.  This is why local funding from BSEP has become a necessity: to bring the Berkeley Public Schools up from the very low base funding provided by the state.

The data points in the video are based in “real” dollars allocated per pupil, whereas the dollars in this map of state by state school funding produced by NPR uses “adjusted” dollars to account for the cost of living and price of educating students in California. Both data sets show that, despite the return of some funding lost during the recent recession, California remains well below the national average in per pupil spending. 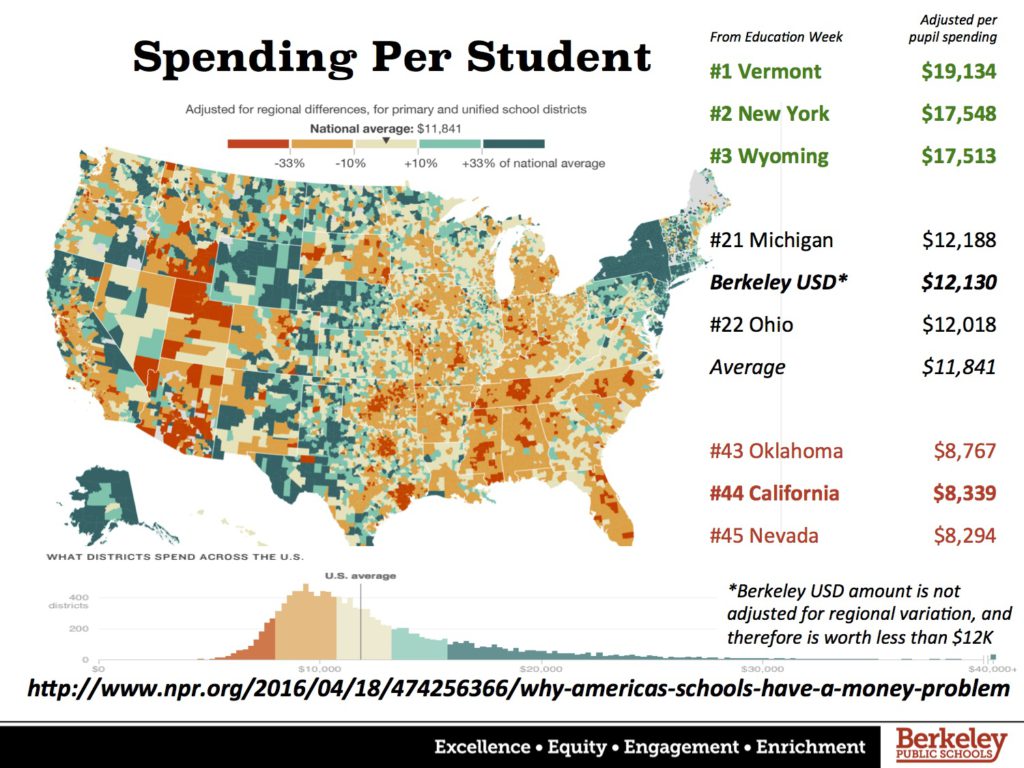