Berkeley’s Emerson Elementary School has been honored by the California Department of Education as a 2018 Distinguished School.

“These schools implement outstanding educational programs and practices that help California students realize their potential, and put them on the path to achieve their dreams,” State Superintendent of Public Instruction Tom Torlakson said in an announcement on April 2.

Emerson Principal Susan Hodge said, “I’m very proud of all the hard work all my teachers and staff, past and present, have put into making this a fine school, and I am glad that they are being honored for their exceptional efforts.”

Emerson is among 21 elementary schools chosen for the distinction in Alameda County. 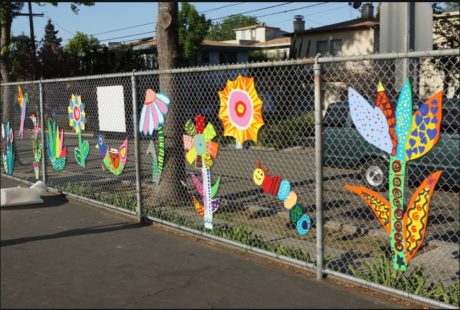 “The number of schools and districts honored with Distinguished School status this year is a testament to the depth and breadth of educational excellence in Alameda County,” Alameda County Superintendent of Schools L. Karen Monroe said in a press release.

Statewide, 287 elementary schools earned the distinction. The Distinguished School honor was awarded this year after a three-year hiatus and replaces the California Gold Ribbon Schools Program, according to the California Department of Education.

“The 2018 California Distinguished Schools Program recognizes California elementary schools that have made exceptional gains in implementing academic content and performance standards adopted by the State Board of Education,” according to the Department of Education’s press release.

“Schools that applied were eligible based on their performance and progress on the state indicators as described on the California School Dashboard. Indicators include test scores, suspension rates, and English learner progress.”