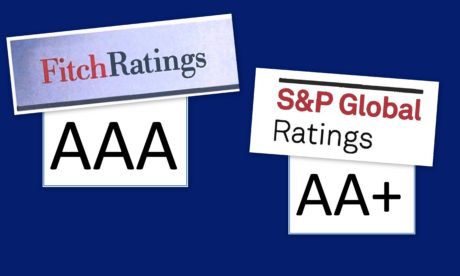 The Berkeley Unified School District’s excellent fiscal management and health of its tax base have provided the District with very strong bond ratings of AAA from Fitch Ratings and AA+ from S&P Global Ratings.

BUSD’s ratings, issued in July, apply to $85 million in General Obligation (G.O.) bonds being issued by the District pursuant to Measure I, a school bond measure passed by voters in 2010 for construction and upgrades of District facilities. At the same time, S&P affirmed its AA+/Stable rating for all of BUSD’s outstanding General Obligation bond debt.

Fitch highlighted an increase in District enrollment and the “notably strong” growth in the District’s tax base.  S&P also cited Berkeley’s robust and stable tax base, as well as the benefits of BUSD’s careful fiscal planning: “The district’s financial position has been strong with an audited increase in fund balance in three of the last four years, increasing available fund balance form $13.6 million (13.4%) in 2013 to a high of $22.6 million in fiscal 2016, as a result of increased state funding levels under the LCFF formula and conservative budgeting practices of the district.”  S&P also highlighted BUSD’s long-term budget planning, its “various budget adjustments” and careful monitoring of actual spending compared to the budget.

High bond ratings, like an individual’s credit score, can translate into financial savings. Issuing bonds is a form of borrowing, and a school district’s bond rating, like a credit score, measures the borrower’s creditworthiness. The higher the rating, the less interest the borrower has to pay for the borrowed funds. As a result, a bond issuer with a strong rating can pay a lower interest rate on its bonds, which can lead to savings for Berkeley taxpayers.