You are here: Home » Educators in New Leadership Positions 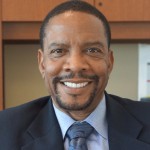 Dr. Evans has 26 years of experience as an educator, with his first ten years spent as a teacher, teacher coach, and vice principal in San Diego, followed by principalships in Ravenswood and Oakland. He held the position of Elementary School Area Superintendent in Oakland and then served as Associate Superintendent in Compton. Prior to joining Berkeley Unified School District, Dr. Evans was the Superintendent of Hayward Unified School District, where he focused on the three R’s of “rigor, responsibility and results.”

He earned his Doctorate in 2010 from the Graduate School of Education at the University of California, Berkeley, in association with the Leadership in Educational Equity Program. His dissertation topic was on “Understanding Why Principals Leave or Stay in Challenging Schools.”  He received his Masters of Education from United States International University, and his Bachelors of Arts from University of Delaware. 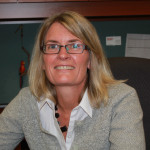 Both a Berkeley resident and a BUSD parent, Debbie Dean holds a masters degrees in pastoral ministry and social work from Boston College and Portland State University, respectively.  She completed the pupil services credential program and the administrative credential program in our California State Universities.  For the past five years she has been an assistant principal in the Napa Unified School District.  Prior to that, she was an assistant principal and school social worker in the Oakland Unified School District.

Ms. Dean shared that “the commitment of all in the Willard community to ensuring student progress and success is what attracted me to the school.  I am looking forward to a year during which each student excels in their learning and continues on their path to becoming life-long learners.” 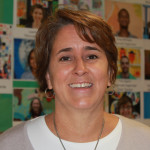 After obtaining her undergraduate degree at UC Berkeley in Psychology and working in grant administration for UC Berkeley for five years, Ms. Rhine launched what became a 16-year teaching career in the Oakland Unified School District. During this time, she mentored new teachers, served on School Site Council, led after school reading interventions, and established herself as a leader well before leaving the classroom to become a principal. In 2008, she earned her Administrative Credential at California State University, East Bay and completed one-year as a “Resident Principal” before becoming Principal at Crocker Highlands where she has been for the last four years.

About joining Oxford, Ms. Rhine says, “What attracted me was the reputation of a strong, diverse community working to meet the needs of all the students.  I am excited to be part of the Oxford team! 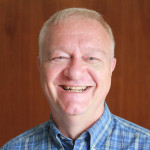 Mel comes to Berkeley from Oakland public schools, where he most recently served as the principal of Thornhill Elementary School.  Prior to that, he was the principal of Kaiser School (K-8 and K-5) for five years, and a teacher in Oakland for approximately 21 years.  He has also served as an adjunct professor in the Teacher Education Department at JFK University.  He received a bachelor’s degree in philosophy from Duns Scotus College and his teaching and administrative credentials from Cal State Hayward. 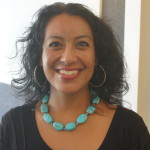 Upon obtaining her undergraduate degree at UCLA, Veronica Valerio launched her career as a Spanish bilingual teacher in Oakland and San Leandro. She went on to earn her Masters in Education from UC Berkeley as a student in the highly-regarded Principal Leadership Institute, and developed leadership skills in Assistant Principal positions in elementary schools in Inglewood and Mt. Diablo school districts.  Just prior to joining our district in 2011, Ms. Valerio was a Regional English Language Arts Specialist in the Oakland Unified School District, where she coached principals and instructional leadership teams in the use of best practices for the teaching and learning of reading and writing.

When asked about her start at LeConte, Valerio exclaimed, “I am excited to be here and LeConte rocks!” 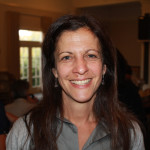 Replacing Ms. Valerio in her position as coordinator for professional development is Michelle Sinclair, a veteran teacher who most recently worked for the Albany School District.

Michelle Sinclair earned a bachelor’s degree in business administration from San Francisco State University, her multiple subjects credential from California State University at Long Beach, and her master’s degree in educational administration from the University of California at Berkeley. For the past 24 years, Michelle has worked as a teacher in Anaheim, Garden Grove, Kensington and Albany.  This past summer she served as an administrative intern in West Contra Costa’s summer special education program. While working in Albany, she was a member of her school’s instructional leadership team and was appointed by the Superintendent to serve on the District’s Equity Task Force.

When asked about her new job in Berkeley, Ms. Sinclair shared that, “When teachers are given opportunities to improve instruction through professional growth, students benefit. I am excited to work with a highly skilled and motivated staff in a district that truly prioritizes teacher learning through professional development.”