Building excitement about science, technology, engineering, and math for our youngest students is the goal of the “Super Science Saturday” program in Berkeley Unified School District. Each Super Science Saturday is filled with STEM-related, hands-on learning through assemblies, learning stations, design centers, as well as coding and other tech skills practiced on Chromebooks. The program includes visits to Lawrence Hall of Science and the Exploratorium.

Launched as a pilot program in one school under the direction of Superintendent Evans in 2014, Super Science Saturdays is now open to students from every BUSD elementary school and offered at three schools on Saturdays from March to May. The Super Science Saturdays program has expanded STEM-related learning opportunities to 301 elementary students across the district (up from 224 in 2015). State LCFF supplemental funding directed at strengthening engagement of our high need students and grant funding from the Berkeley Public Schools Fund have made the expansion possible.

Click on the dates below to read more about the bi-weekly activities happening for elementary students on Saturdays!

You can also watch this short youtube video produced by the Rosa Parks Collaborative during the Spring 2014 Super Science Saturdays. 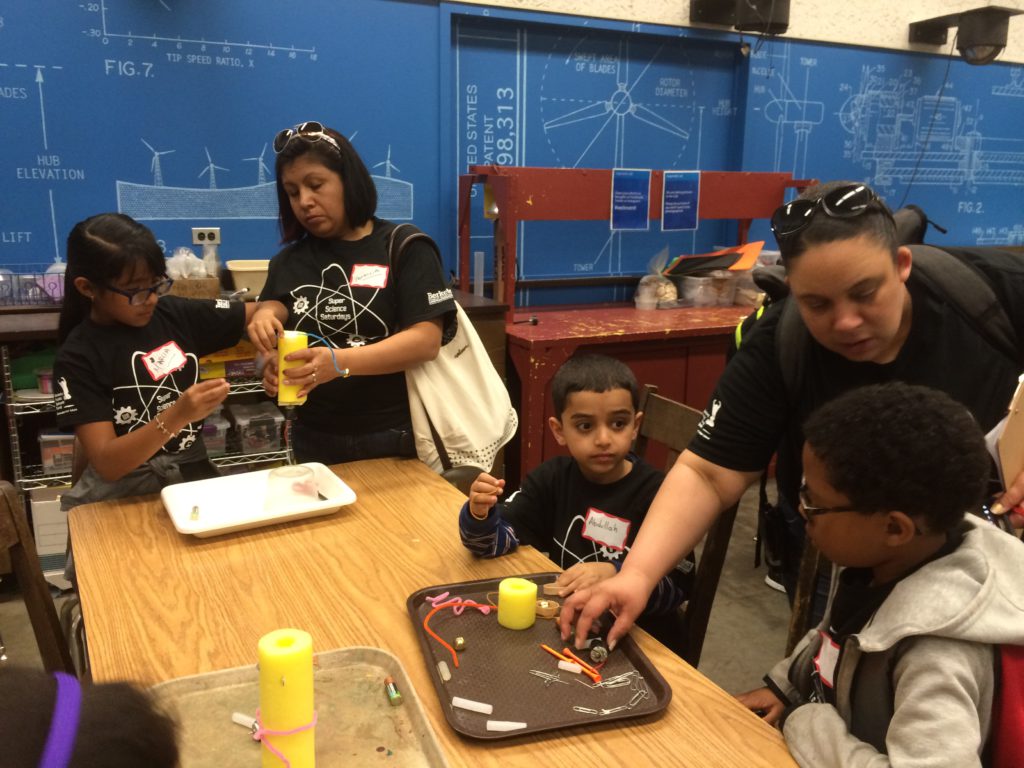